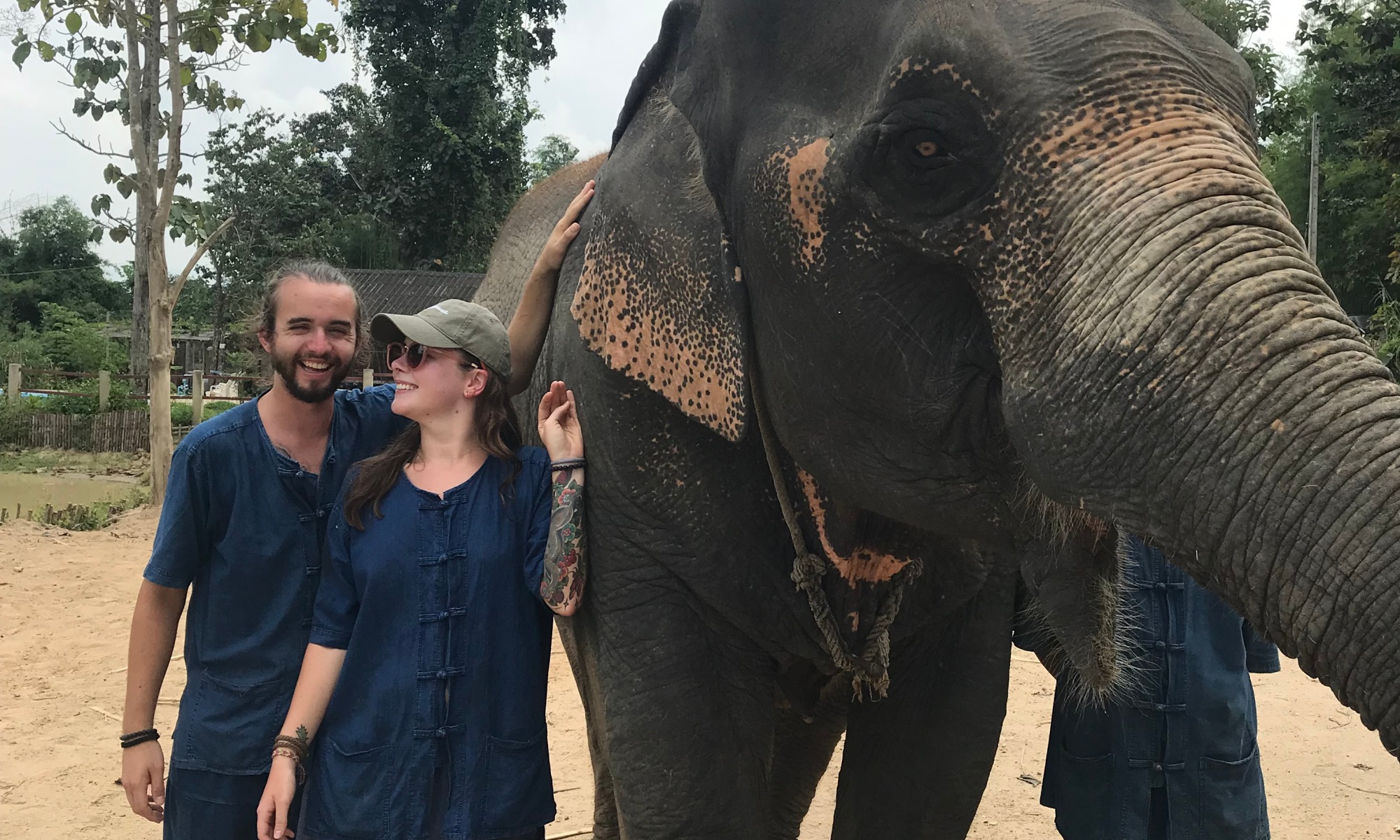 I’ve definitely thought about riding an elephant. Bruising through the trees atop a 4-ton behemoth, claiming your throne as Hannibal of the jungle. But this thought is best left as just that… a thought.

A vast majority of Thailand’s elephants live in captivity, with the estimated 2000 still in the wild being declared endangered due to loss of habitat. A large tourism sector in the country centers around elephant encounters. People from around the world come to watch them paint pictures, play with soccer balls, or ride them. All of these can be cute when you first see them, but they’re very destructive to the elephant’s well-being. Hooks and chains are used to make the animal docile and submissive, causing pain and restricting their ability to move freely.

Currently, the best weapon against this type of animal abuse is education through organizations such as Maerim Elephant Sanctuary. Located in the Chiang Mai, they rescue elephants from logging companies, riding camps, and circuses, usually by purchasing the animal with donated money. They then offer visits to the sanctuary for a donation that goes towards saving more elephants.

Our visit started off by being picked up from our guesthouse before circling around the city to pick up a few more travelers. After arriving to the sanctuary, we were greeted by a couple young, enthusiastic Thai men who taught us about each of the five elephants they had, what their mission was, and how we were helping. You could really tell they cared about the animals.

We were given a change of clothes, a ridiculous amount of bananas that we stuffed into every pocket and pouch we could find, and let through a gate to meet the friendly giants.

At first, the nerves are there. It’s you standing right beside something nearly twice your height and fifty times your weight, so you hastily hand them bananas because that’s the only muscle movement you feel comfortable doing. The nerves subside fairly quick, though, as you realize what marvelous creatures they are. You begin to pet them and slide your hands around their skin, finding scars from their old lives. The elephants remind you, however, that you have more bananas – and they want them. Their trunks will find its way into every nook, cranny, and crack you have to get what now seems like a never-ending supply of the fruit.

The camp has four adult, female elephants and one baby boy – an obvious crowd favorite. They all had welcoming, gentle personalities and the size of our group made it easy to interact with the elephants without feeling like you were imposing on their space. We took pictures and pet them as the last few bananas were fed to them before heading back to the main hut.

Our instructor led us back to the trucks and said we were going to get some more food for the elephants while they took a little break.

We ended up down a path by a pond and a banana tree grove and were one-by-one given a machete to chop down our own tree. The way we were lined up, I was going to be the last person to cut my tree and I absolutely refused to be embarrassed by some failed cutting attempt, so I watched each person ahead of us and their technique:

Rachel went in front of me and did a fantastic job with hers. A nice, hefty trunk, hacked down with great form. She handed me the machete and I stepped up to the biggest trunk I could find, squared up, and let a nice slice into the trunk. Perfect strike. Our group struck a pose with our tropical tree trophies, dragged them back to the truck, and drove back towards the sanctuary.

When we got back, we were brought back onto the grounds and led the elephants on a hike into the nearby jungle. After a short walk, navigating a narrow trail beside our large friends who had zero interest in ceding right-of-way to us when we got to a bottleneck.

We arrived at a clearing and the elephants still had an appetite, stripping the banana tree trunks of their leaves and going to town on them (they are loud chewers.) It was really neat seeing them use their feet to hold down branches to get a good grip on the leaves. I left my phone in the lockers at the main hut, and I missed out on some great photo ops between the trees. One of the female elephants kept trying to walk away with the baby until his mom came over and took him back. Watching the dynamic relationship was really astounding.

As the elephants finished up their banana leaves, we began to lead them along another path until we reached a clearing. It was mud bath time. The elephants went straight for the mud pools while we stripped off our denim outer layers to just our swim suits. By this point, one of the volunteers had already dived into the mud, fully covered. You couldn’t help but hesitate when you saw all of the elephants had started peeing and pooping. This wasn’t just mud we were playing in.

The elephants showed visible enjoyment, plopping down and letting us rub mud all over them. It was a great way to exfoliate their skin and cool them down on the hot day. The same guy that had gone head first in was now chucking mud balls at people and slathering anyone’s skin he could find to make sure we were all equally sharing in the experience. After spending some time here, we hopped over a mound of dirt and got into some cleaner water to rinse off, said bye to the gentle giants, and finished off in a human-only shower and swimming pool.

Before leaving, the volunteers had set up a make-your-own-noodle-soup station at the main hut and we each had unlimited access to lunch. This was super fun and the soup was delicious. The entire time we were there, one of the guides had been taking very high-quality candid pictures of everyone and they had each group of people come up to see if they wanted to purchase a package based on their visit. I really, really kick myself for not getting ours. The proceeds go towards saving more elephants in the future.

As social media and internet access has expanded, tourists have put pressure on the institutions that previously held elephants in abusive situations. As our dollars go towards sanctuaries and education, the riding camps and circuses are forced to remove the negatively-associated activities in order to maintain a profit.

You can absolutely enjoy an elephant encounter in Thailand, but do so responsibly.